Christina Beck: "Sometimes hearing the words “I get it, I understand” isn’t what we want to hear, because most don’t understand. If I had a dollar for every time someone has told me that over the past 8 years, I’d be living the dream! Instead I’m living a little bit of a different dream…here’s a summary of my story.

I was diagnosed with Juvenile Myoclonic Epilepsy in March of 2010. Since then I have had several different medications, multiple neurologists, five break-through seizures and more EEGs than I can count. I hope you continue reading, I hope that in some way shape or form my story helps either you or someone that you love.

As a 13-year-old girl and a three-sport athlete with a very active social life, it’s safe to say I was always on the go. That worked against me I guess. Between exhaustion, flashing lights, heat and multiple other variables I went into my first grand mal seizure. It was at my middle school dance. I went from dancing with my friends to falling onto the DJ seizing. We were all so young, my peers thought I died, no one really knew what was going on, including myself. I have no memory of that night, so to this day I don’t truly know what happened.

Once I finally got to a neurologist and had several tests done, all they said was yes, I had a grand mal seizure and said it was related to puberty and hormones and I’d probably never have one again. They were wrong; March of 2010 is when I guess it all really began. Another grand mal. I was rushed to the Children’s Hospital of Pittsburgh and since this was my second grand mal I was diagnosed and prescribed an anti-conversant immediately. If you read above you already know that I was diagnosed with Juvenile Myoclonic Epilepsy. At first I was prescribed 2,000mg of Keppra (Levetiracetam) a day.

While titrating up to my dosage I started to have focal seizures, but was insured that it was just the medication and they did go away once I adapted to my dose. At this point I began having an EEG (Electroencephalography) every six months. These just became routine after the first two. Before my friends and I went on a off to college we went on one last week long vacation together! After driving from Southwestern Pennsylvania to Myrtle Beach (about 10 hours) we started our trip! We had such a long day from driving we just went to dinner and came back to go to sleep.

I don’t remember going to sleep; the only thing I remember were the paramedics standing in the doorway and everyone hovering over me. That was the first night of our trip; it’s safe to say I didn’t get to enjoy most of the week. I didn’t tell my parents, my friends and I were the only ones who knew about it. I knew if I called my parents and told them they would drive the 10 hours and make me go home with them. I laid low for the week and tried to relax even while my friends were having fun. To this day my father still doesn’t know about this seizure. And since I didn’t tell anyone we didn’t rush to the hospital or to the neurologist we just waited for my next EEG in 6 months.

Shortly after I started college I decided to get out of Pennsylvania. I moved to Florida in 2014. I had been here about 9 months, I made a few friends and had a boyfriend, but my whole family was still in Pennsylvania it was really hard not having anyone after I had my fourth seizure in July 2015. I guess you could say it was time to grow up. Having to make neurologist appointments ASAP, scheduling EEGs, and going through it pretty much all alone sucked! This was the first EEG out of them all that I was 100% alone. Since this was my second breakthrough seizure while being on medication my neurologist decided to up my Keppra dosage to 3,000mg a day. From the time I moved to Florida to February 2016 my life did a 180°.

My boyfriend and I became more serious, my whole family moved to Florida, and I got a new job! I guess everything caught up to me at once? Here comes another grand mal. I think this one may have been the most embarrassing. I had only been at my new job for about 5 months, I was the youngest one there and I felt like there was a lot of pressure on me. While I was having a conversation with one of my co-workers I fell out of my office chair and down to the floor. When I finally started to come out of the fogginess my mom had already got to my office, and my co-workers surrounded me. This one was different, I had peed my pants, which I never did in any previous seizures, I was out of it for a much longer period of time and this was the first one where I had a follow-up seizure. Thankfully I was at home on my couch with my parents when I had this one. My mom frantically got hold of my neurologist and he said for me to up my Keppra dosage to 4,000mg a day. 4,000mg a day?!

I had the initial guilt for being an inconvenience to everyone, I was embarrassed, I was sad, I wanted to die, and at the same time I was happy and so incredibly mad. I couldn’t get anything together, including my emotions. It took me weeks to remember how to do my day-to-day duties at work and I was in a complete fog. The neurologist who made these changed to my medication left the practice before I could see him again.

I found a new neurologist and she was so taken back when I told her my dosage she knew exactly why I felt the way that I did. She called it “Keppratosis”, could just be her slang, but she assured me that it was totally normal. She adjusted my medication again. I went from 4,000mg of Keppra a day to 3,000mg of Keppra and 100mg a day of Lamictal Lamotrigine). I never got to have a second appointment with that neurologist either; she left her practice as well. I’m 0-2 at this point.

When I found my third neurologist in 6 months, I had to get more tests done…a 24 and 48 hour EEG, with multiple 30 minute ones mixed in, a bone density test, and blood work. After all of that she decided to up my medication again. This time it was 3,000mg of Keppra, 200mg of Lamictal, and 50mg of Folic Acid. All of the medication changes still didn’t work. Because not even a week after I was a year seizure free I had my seventh seizure.

This one was by far the scariest and most eye-opening episode I’ve had. I was backing out of a parking spot and backed into a car. If it were 30 seconds later I would have been on a very busy 4-lane road. I don’t know how long I was out, I don’t know when the gentleman I hit got to his car, whether he was still shopping in the grocery story, or if he was on his way out, or how long it took someone to find him. Here we go again, more ambulances, more appointments and tests and medication changed. Thankfully I was on my way to meet my mom for my 6-month follow up appointment with my neurologist right after this had happened.

Let’s try different doses again. 2,000mg of Keppra 400mg of Lamictal, 50mg Folic Acid, and a little bit of Alprazolam (Xanax) to prevent any follow up seizures. After the iffy adjustment period of changing my medication once again, each day just seems routine. I’ve noticed I’ve began to fumble over my words and at times I find it hard to for full sentences. I feel like with each seizure my memory gets worse. With every seizure something different starts to change in a negative way.

If you’ve made it this far down thank you for reading my story and I hope somehow that it helped you. I’m just shy of 6 months seizure free, I have made a few lifestyle changes and can only hope for the best. I know my Epilepsy is a mild case compared to some, however I still have the same bump in the road as all of my other Epilepsy Warriors and we can get over that bump together. Every day is a challenge, and a fear.

The Epilepsy Positivity Instagram has helped me with so many questions and has reassured me that I wasn’t alone when I needed it most. Epilepsy isn’t easy for anyone, but with people spreading the word, and gaining more awareness we can all get through it. Together." 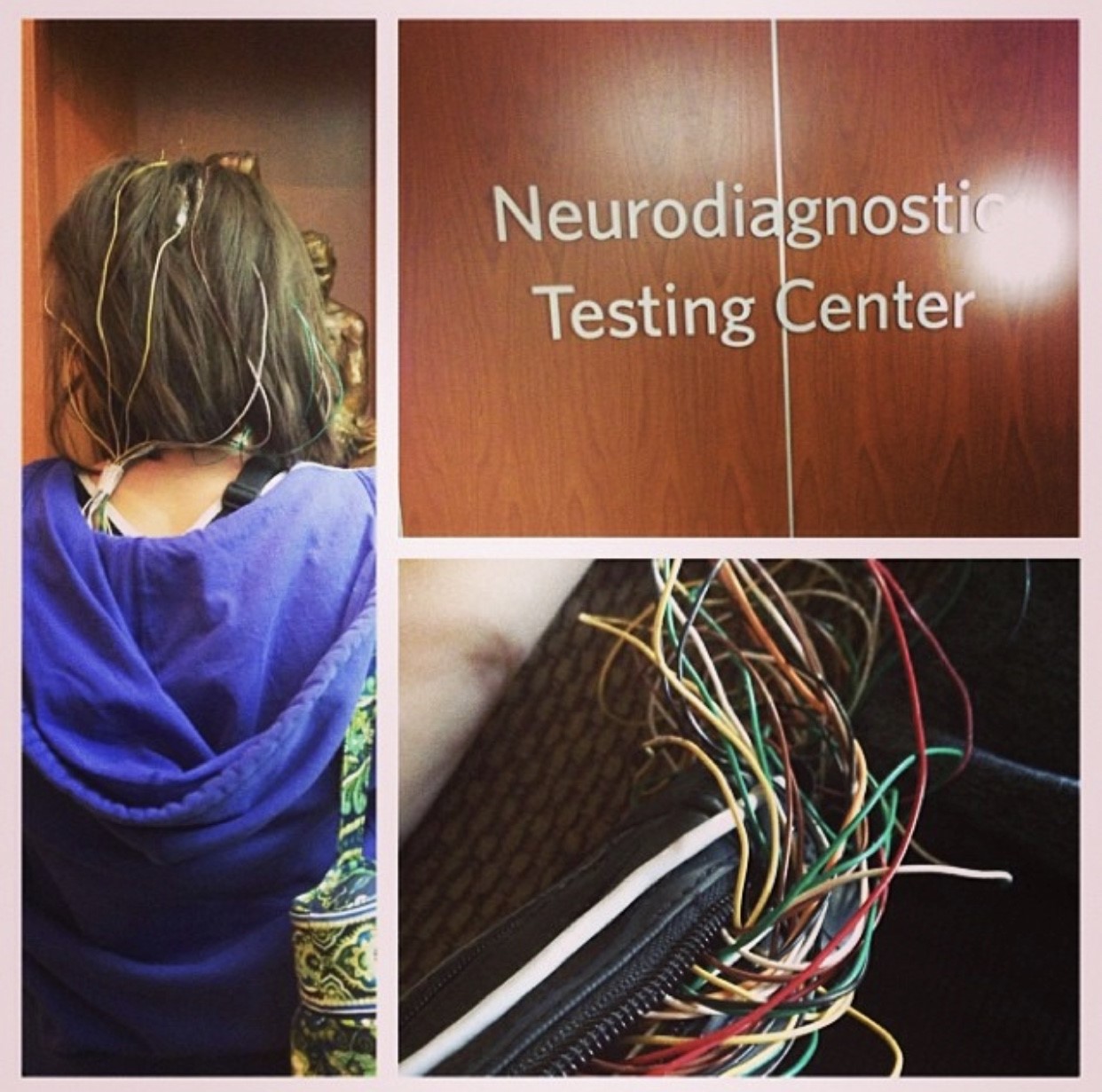 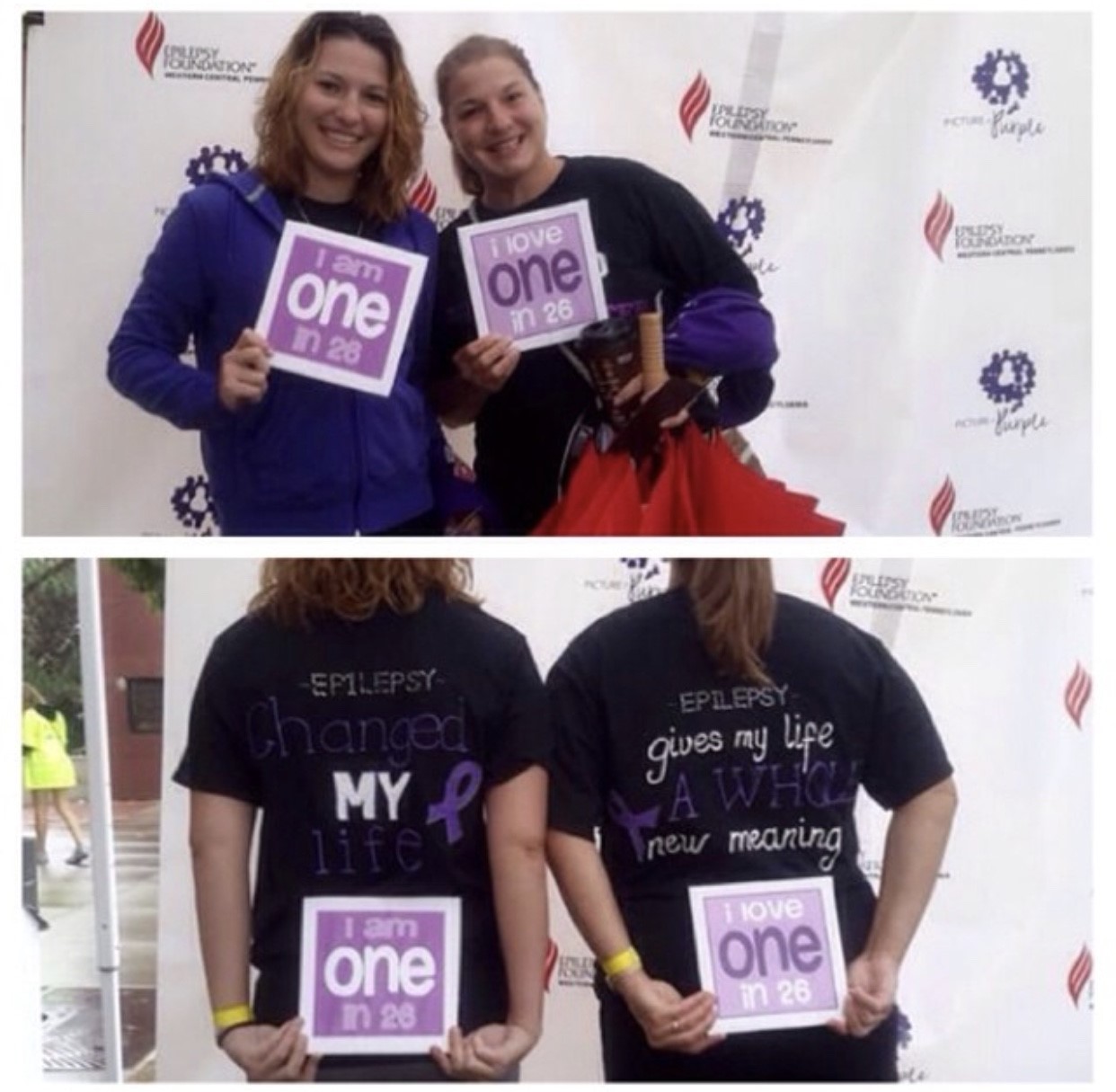 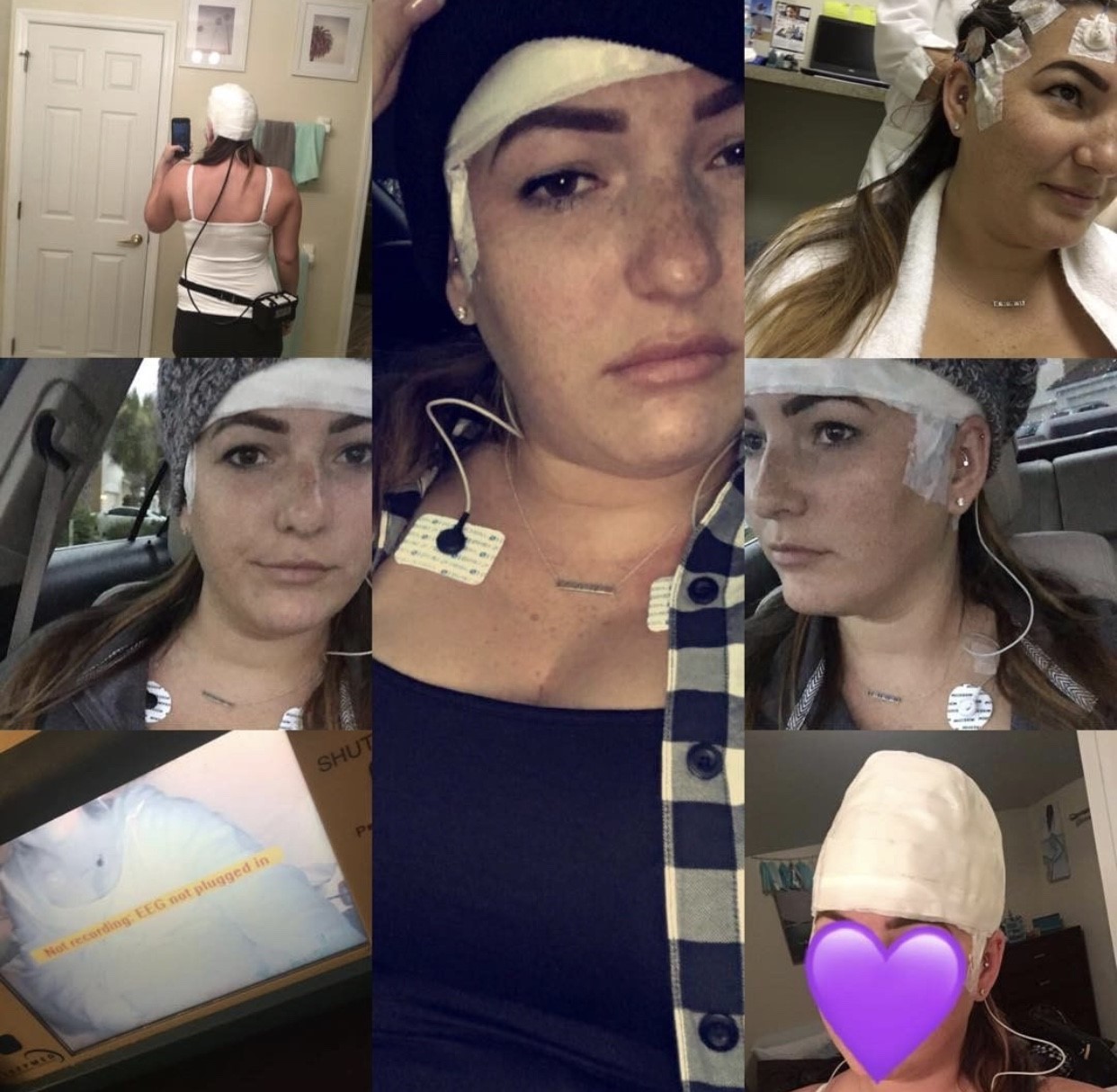 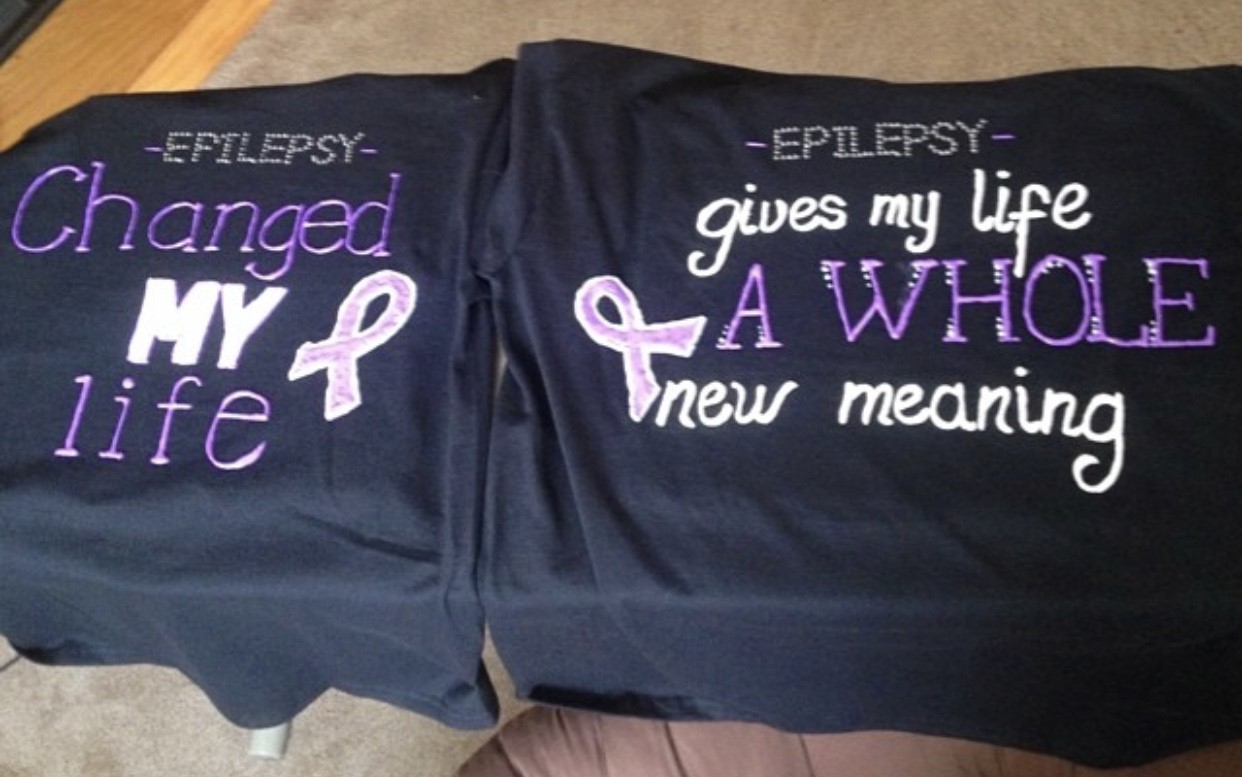